Posted By : jcbapgh
Comments : Off

Published by the Pittsburgh Jewish Chronicle

Pittsburgh’s Jewish Cemetery and Burial Association recently has assumed responsibility for several area cemeteries. In some cases, non-Jews had been caring for them.

This year, after long hours of restoration and repair, care for the eight remaining graves at the once-forgotten Ahavas Achim Cemetery is being turned over to the Jewish Cemetery and Burial Association of Greater Pittsburgh, a nonprofit which cares for and helps preserve Jewish cemeteries in the region.

Mark Pudlowski, founder of the Family of God Biblical Reasoning and Counseling Prayer Center in White Oak, was driving down Rippel Road in the borough a few years ago when, out of the corner of his eye, he saw what looked like a tombstone in thick brush seven or eight feet tall.

Weeks later, he was driving down Rippel Road and again spotted it. This time, he couldn’t pass.

“I pulled over and saw there was a path back there. I went and saw all those gravestones and said, ‘Oh this cannot be,’” Pudlowski told the Chronicle recently. “Because I’m in ministry, I just stood there and felt sad. I just asked God, out loud, ‘What do you want me to do?’ And I just got a sense in my spirit: This needs fixed.”

Pudlowski worked alongside an area teenager, Daniel Lia, who helped to renovate the site as part of his Eagle Scout project. They cleared brush, weeds and tree limbs, laid mulch, erected a border face and placed a large blue Star of David at the front of the site. Lia’s father helped donate equipment for the cause.

“Most people didn’t even know it was there,” Pudlowski said. “Well, they know it’s there now.”

The White Oak site goes back to the McKeesport congregation Anshe Ungarn, or Men of Hungary, according to the JCBA. Some non-Hungarian Jews from that group left to form Ahavas Achim in 1892 and they remained separate for 30 years, with the final burial taking place at the compact Rippel Road cemetery in 1924.

A July 2019 Chronicle article about the cemetery’s existence ended a Monessen man’s 30-year search for a relative killed at age 12 by a train in McKeesport. The family believes one of the graves with illegible markings belongs to the young boy.

“This shows you the kindness of strangers,” said Barry Rudel, the JCBA’s executive director.

Conscientious members of the broader community have saved or kept alive memories of several other Jewish cemeteries that have recently come under the care of the JCBA, including one in Port Vue. The Kesher Israel Cemetery there, adjacent to Calvary Cemetery, has 20 graves, some marked only with numbers. A dedicated neighbor, who wishes to remain anonymous, has been caring for the property since 2004, Rudel said.

Then, there’s the Mount Zion Cemetery, a Venango County site the JCBA also started to help managing this year. The last synagogue in this once oil-rich community closed around 1940, but borough officials in Sugarcreek, whose municipal building sits across Fox Street from the cemetery, have been paying to maintain it for more than 30 years.

“It’s the community thing to do,” said Joe Storer, who has served as Sugarcreek’s manager for the past decade. “We estimate it costs about $2,500 a year to maintain it, but we do it because it’s important for these things to not lose their history. It’s the right thing to do.” 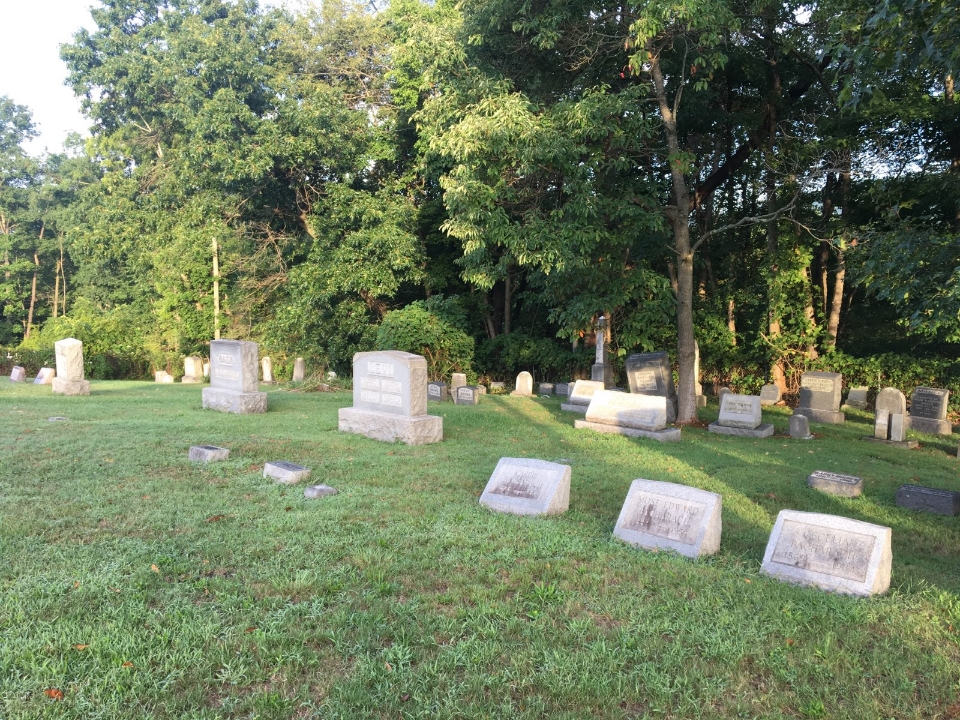 Mount Zion Cemetery in Sugarcreek Photo provided by Barry Rudel
“There are no Jews in the area but they’re doing this on their own,” Rudel said. “Now we’re catching up on the Jewish community’s responsibility.”

The cemetery features about 100 graves, many for people who worshipped at Congregation Emanuel — which became, during the High Holidays in 1865, the first Jewish congregation to hold services in Western Pennsylvania outside of Pittsburgh.

Storer said Sugarcreek, though, is not leaving behind care of the site; he’d like to repair the stone and cement work on two columns framing a fence at the Mount Zion Cemetery next year, with the blessing of the municipal government.

Rudel stressed more news is coming from JCBA, as it continues to have productive talks with communities bearing Jewish cemeteries in the Johnstown and Beaver Falls areas.

“These small communities were small but mighty,” Rudel said. “They are communities that are actually helping out the JCBA more than the JCBA can help them.” PJC

Justin Vellucci is a freelance writer living in Pittsburgh.

The JCBA has many volunteer opportunities for individuals and groups who take pride in doing the ultimate Mitzva. If you are interested in volunteering on Mitzva Day, scheduling a specific day for your group or organization, interested in a community service or scout program or to attend our annual unveiling ceremonies please contact us.

Thanks to Our Community Partners

Special thanks to Ralph Schugar Chapel for so generously providing for JCBA funerals and to Urbach Memorials for providing headstones for our burials. Thank you also to Robert Garvin, Esq. for his legal help and to The Greater Pittsburgh Rabbinical Association.

JCBA’s expanded vision is made possible by a generous grant from the Jewish Federation of Greater Pittsburgh’s  Jewish Community Foundation.