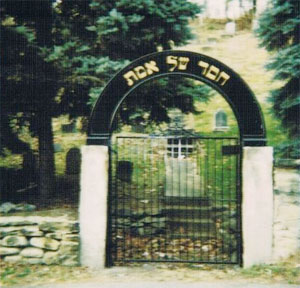 The original  mission of the Hebrew Burial Association continues with the JCBA in providing Jewish burials to the truly needy.

The JCBA was created in 1992 with the merger of the United Jewish Federation Cemetery Association and the Hebrew Burial Association of Pittsburgh (originally called Chesed Shel Emeth of Pittsburg and incorporated on June 4, 1910).

Cemeteries of congregations and benevolent organizations (the Landsmenshaften) no longer in operation created the increasing need for upkeep of cemeteries. The promise we make to those who came before us require adequate resources to maintain their final resting places. Some congregations with declining membership are especially in need of a plan for preservation and maintenance of their cemeteries.

Beginning with only two cemeteries, the original (old) Chesed Shel Emeth on Seavey Road in Shaler Township, established and consecrated in 1853 and the new Chesed Shel Emeth on Oakwood Street in Shaler Township, in use since January 1, 1918 the JCBA then acquired the abandoned Workmen’s Circle Branch #975 cemetery on Hoffman Road in Reserve Township.

Thanks to Our Community Partners

Special thanks to Ralph Schugar Chapel for so generously providing for JCBA funerals and to Urbach Memorials for providing headstones for our burials. Thank you also to Robert Garvin, Esq. for his legal help and to The Greater Pittsburgh Rabbinical Association.

JCBA’s expanded vision is made possible by a generous grant from the Jewish Federation of Greater Pittsburgh’s  Jewish Community Foundation.